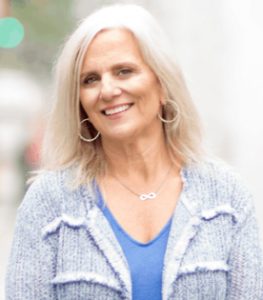 Lisa was first sworn in as City Commissioner on January 4, 2016. Since then, as City Commissioner, Lisa has made it a priority to bring the electoral process to the citizens of Philadelphia. She has used her extensive background in constituent service and outreach to bring the Commissioners’ Office to the people. She led the department through the administration of the 2020 presidential election and successfully instituted mail-in voting for Philadelphia, unwavering in her responsibilities while under the critical scrutiny of the entire world during a devastating pandemic.

In addition to working with schools and students, Lisa often partners with community groups, senior organizations, civic centers, and other populations looking to receive voter education training and resources.

Previously, Lisa worked for 12 years in the House of Representatives and in the City Controller’s Office, heading the office’s Community Outreach efforts. Prior to running for office, she worked in Philadelphia City Council. Lisa has brought her past experiences to the City Commissioners Office, using her expertise in partnering with community groups and associations.

Outside of her work as City Commissioner of Philadelphia, Lisa is proudly involved in several organizations, such as the Rhawnhurst Athletic Association, the Northeast Victim Services, Mary Kate’s Legacy, the Darfur Alert Coalition, and the Delaware River City Corporation. She is a former member of the United Food and Commercial Workers Local 1776. She is lifelong supporter of union labor.

In December of 2017, Lisa was voted by her fellow Commissioners to be Chairwoman of the Philadelphia City Commissioners. As Chairwoman, Lisa has worked to make the office more transparent and accountable to the citizens of Philadelphia.
You can follow Lisa on